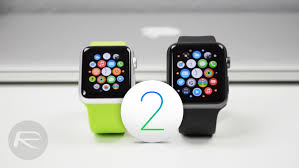 The watchOS 2 update for the Apple Watch was set to be released today but has been delayed due to a bug that needs fixing before the full release. As this is a highly significant update and release, Apple will want to make sure that the transition is as smooth as possible so users will need to wait a little bit longer for the fix and release. In the meantime, it’s a good idea to get a refresher on how to perform an update on the Apple Watch and what you’ll need so you’re ready once the final watchOS 2 is released. Follow these steps to download and install updates to your Apple Watch or reset it if something goes awry.

Requirements before you begin:

Make sure that the Apple Watch has sufficient charge and remains plugged in or the update will never complete. This is a safety measure to prevent data loss and corruption if the Apple Watch loses power during the download and install.

1. Launch the Apple Watch app on your iPhone, tap My Watch.

2. Tap General, then Software Update, then tap Download and Install.

3. Enter your passcode to begin the update process. A progress bar will be displayed and when complete, the Apple Watch will restart.

Restarting And Performing a Hard Reset

2. If the watch is completely frozen, you can perform a hard reset. Just hold the side button and Digital Crown down at the same time until the watch shuts off and the Apple logo appears. Enter your passcode to access the Apple Watch.

That’s all there is to it. With these techniques in hand you should be more than ready to update your Apple Watch when the update arrives. It’s an exciting time to see what new features and apps will be available on the Apple Watch with its suite of updates.

The Pebble smartwatch has gone through several quick versions as the market for smartwatches grows and competition increases. Many high profile smartwatches are being reimagined and redesigned with a much more traditional circular body so that they don’t stand out so much as a smartwatch. This makes them arguably more fashionable and less noticeable which is apparently what the market wants. Pebble has just announced their new Pebble Time Round which will feature this same circular design with a traditional bezel around the edge.

Also in keeping with other smartwatch updates, the Pebble Time Round will come in two sizes for various wrists and will come in several colors and metal versions. The Pebble Time Round is also remarkably thin and lightweight at only 28 grams and 7.5 millimeters in thickness. Because it uses a very traditional watch body shape, many types of bands will be able to be fitted to it.

As for the OS and functionality of the watch, it will remain nearly identical to the recently released Pebble Time and Pebble Time Steel models. Pebble watches run Pebble OS which is compatible with both iOS and Android devices and are known for exceptional battery life compared to other smartwatches.

Unfortunately the one major drawback of the Pebble Time Round is that the battery life has taken a substantial hit from 7 days to about 2 full days of use. The battery size was clearly reduced to make the watch much thinner and lighter and save space. Luckily, Pebble has introduced a new quick charging feature that can charge the watch for 24 hours of use in only 15 minutes.

Google’s support for Apple Watch users just keeps on rolling and today an update to Google Maps has been released that lets you use the app on your Apple Watch. Previously, you would need to use Apple’s own Maps app to get directions or view maps via an Apple Watch. While Apple Maps had a notoriously bumpy start, it has definitely improved over time but Google Maps is still the king of map and direction apps. Apple Watch owners now have the option to use Google Maps for getting directions to and from work, home, and recently visited or set locations.

On the Apple Watch, the Google Maps app keeps it very simple with just two buttons to navigate either Home or to Work locations linked to your Google account. The app is also cleverly designed to accommodate different modes of transport from walking to driving or taking public transport. You can easily swap between views of routes and how long each mode will take. You can also quickly set a navigation point on your iPhone and get directions and guidance from your Apple Watch.

With the very limited screen space available, it’s nice to see how thoughtfully Google has planned the interface so that you can get directions quickly, easily, and for nearly any kind of transportation. Of course the maps and directions are top notch as you’d expect from the leading map app. The experience is the same one many people are used to and the transition between an iPhone and Apple Watch is a smooth one.

There’s a reason Google Maps is so widely used and respected. The directions are fast, accurate and easy to follow. With support for the Apple Watch, Google covers the many users who had to settle for Apple’s Maps app. Now Apple Watch owners can enjoy the full benefits of the power of Google Maps.

Nowadays Wi-Fi hotspots are offered all around us– in universities, office complex, cafés or stores– so you can constantly remain linked to the Web. Even so, in some scenarios– like taking a journey to your moms and dads’ cabin– you can still discover yourself out of variety.

Fortunately is that your modern-day Android phone permits you to quickly share your mobile information connection with other gadgets. By doing this you’ll have the ability to share phone’s information with your laptop computer or tablet or assist your buddy, who accompanied with you, get online too. 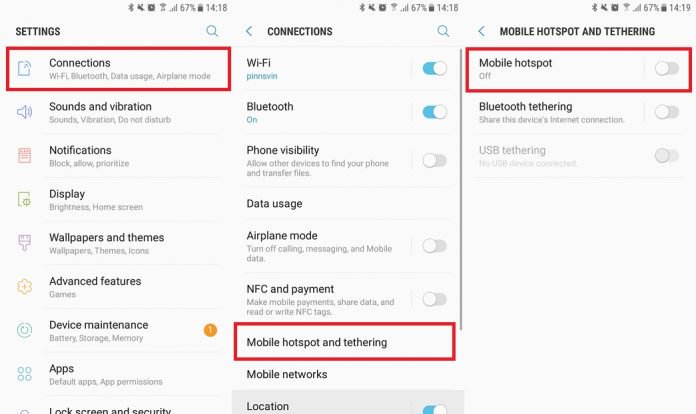 Keep in mind: For this tutorial a Samsung Galaxy A3 (2016) running Android 7.0 Nougat was utilized
1. Open the Settings Menu
2. Gain Access To Connection (the very first choice in Settings).
3. Scroll down till you discover the Mobile hotspot and tethering alternative and tap on it.
4. Tap on the Mobile hotspot toggle to turn it on.
5. When on you’ll have the ability to set the name and password of your hotspot. 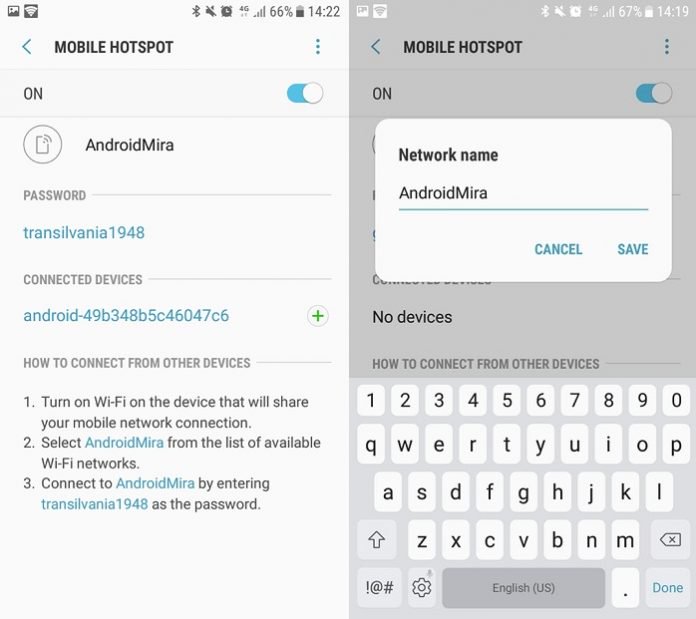 After you have actually finished these actions, you’ll have the ability to link the 2nd gadget. To do so you will need to:. 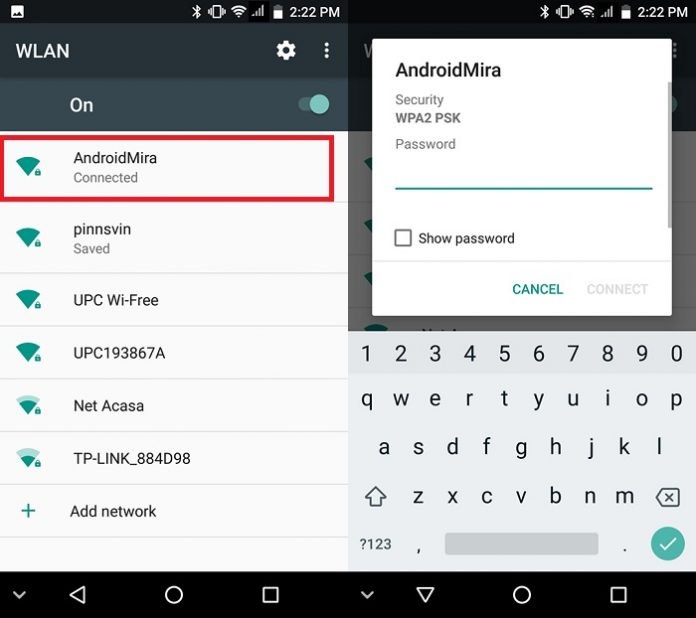 1. Turn the Wi-Fi on the gadget that will share the primary information connection.
2. Select the hotspot from the list of offered Wi-Fi networks.
3. Link to the hotspot by getting in the password.

A couple of other things to understand:.

You can link approximately 10 gadgets to the hotspot through Wi-Fi.
You can produce an enabled gadget profile and set the connection mode for it by tapping More. 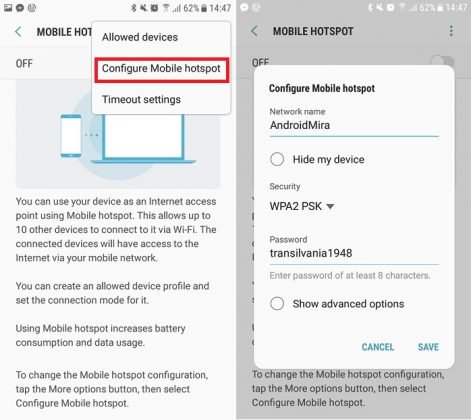 The directions may differ based on the Android phone you are utilizing. On some Android designs, for instance, you’ll discover the “Tethering and portable hotspot” choice when you tap on More under Wireless Networks.

Upgrading your Android can be an unpleasant experience that needs a great deal of persistence, depending upon the gadget you own and the provider you’re with.

Usually when a brand-new variation of Android begins presenting, it does not strike every gadget at the exact same time– it depends a lot on your area. The procedure can use up to a couple of weeks, however there are methods to guarantee you get the upgrade quicker.

Most of users typically wait till they get an alert on their handset which signals them the brand-new upgrade is readily available for download. You do not have to. Simply utilize the “look for updates” button in Settings, which has actually been just recently upgraded to assist you get the brand-new software application a lot quicker.

Follow these actions to by hand Look for Updates on your Android gadget (a OnePlus 5T was utilized for the function of this tutorial):. 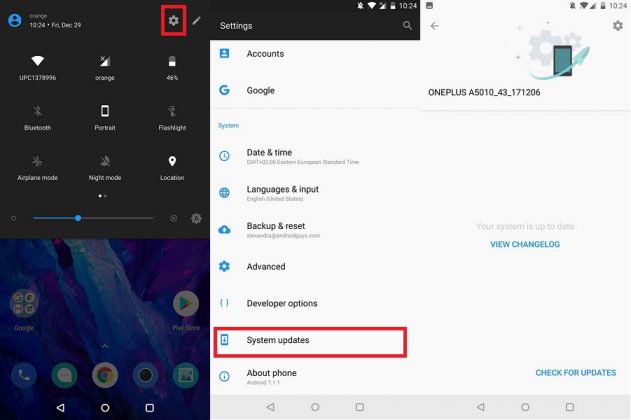 1. Open the Settings app either using the app icon or by tapping the gear-shaped settings button in the notice bar.
2. Scroll down all the method to the bottom till you reach the System menu.
3. Tap on System Updates.
4. Tap on Look For Updates to see if you have something brand-new.
Various producers do things in a different way, so for instance, if you own a Samsung phone you’ll see things are organized a bit in a different way. 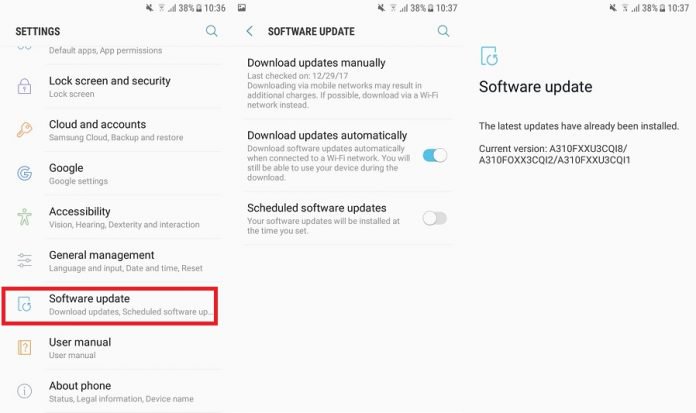 1. Open the Settings app on your Samsung phone.
2. Try to find the devoted Software application Update area and tap on it.
3. Tap on Download updates by hand to look for updates.

It deserves discussing that the performance of the “look for updates” button has actually altered in current months. Now when you tap that button, the system will acknowledge this it’s a user-initiated procedure and if a brand-new software application variation is readily available, you’ll get it instantly.

In the past, the button didn’t do much to accelerate things along, so some restless users turned to sideloading the OTA updates. This should not be needed any longer.

While there are many freely available and highly capable apps out there for handling ISO images, Microsoft has long natively supported mounting and burning images from File Explorer. In previous versions you would see an option to Burn any data being viewed from File Explorer. In later versions and in Windows 10, File Explorer was renamed to Windows Explorer and the layout has been changed somewhat but is still fully accessible. 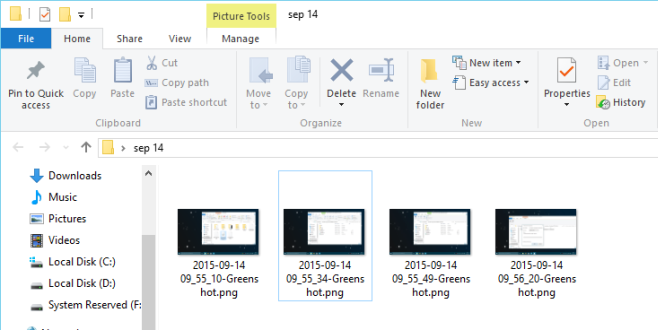 Now when you open a folder containing ISO images, a new Manage tab will appear when you click once on any ISO file.

When the Manage tab appears after clicking an ISO file, you’ll see two options below. Mount lets you mount the ISO image, view its contents, and execute any apps contained inside like having a virtual DVD drive. If you choose Burn, you can select a DVD drive from which to burn a copy of the ISO to a physical DVD. Of course you will need to have both a DVD drive that is capable of burning as well as a blank DVD in order to burn a copy of the data. 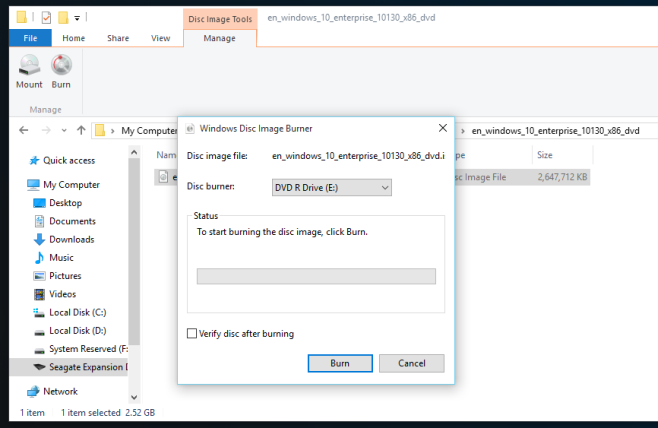