The Apple Watch is just full of surprises. Though it has a beautiful Retina display, there is an option to remove all color by enabling grayscale mode. This is meant for users who have problems with color perception who benefit from fewer colors being displayed. Nobody said that you can’t use it to force a retro aesthetic on the Apple Watch though. As a nice little benefit, battery life could also be slightly increased with the screen not having to show the full range of colors. In order to set the Apple Watch to grayscale mode, simply follow these steps.

1. Start the Apple Watch app from your iPhone. 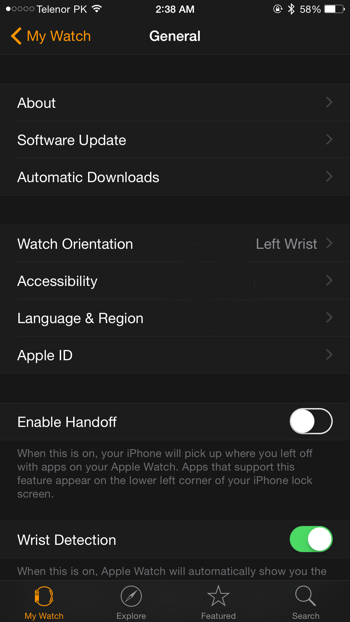 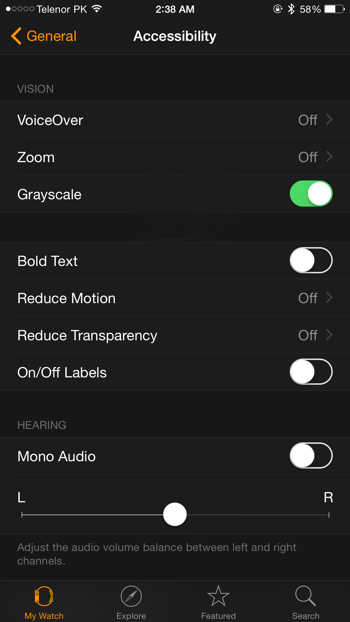 4. Tap the Grayscale toggle switch to on to enable grayscale mode.

Now the display should be full grayscale with absolutely no color. All apps and menus will also be displayed in grayscale so you won’t need to enable or disable it for individual apps. To reverse the process simply return to the grayscale toggle switch and switch it to off to enable full color display. Also note that this cannot be done directly from the Apple Watch, you’ll need to use your iPhone to switch between grayscale and color mode. 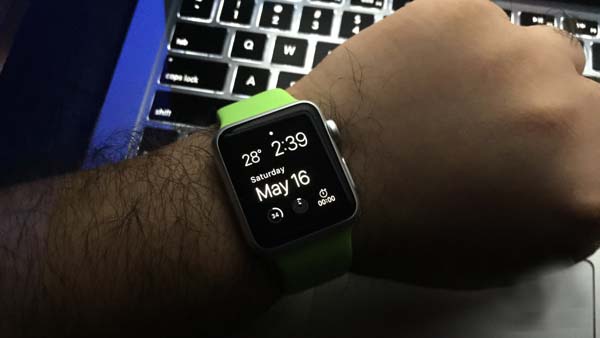 If you do intend to use this feature just for looks, it is recommended that you tell your friends you found the watch in an old trunk in the attic and that it belonged to your time traveling grandfather. Extra points for diligence if you slap on a custom watch face to support that story.

Last year when Google Chrome rolled out for the latest updates, it comes up with feature  of Sound Icon for individual Tabs. Perhaps it proved handy for Chrome users to get noticed which tab is occupied with Music stuff. Here is one more interesting and convenient tips for music listeners. Just open your Google Chrome browser and type in address bar

When it successfully enabled, Test some Music:

Mute Tab feature just added for experimental test purposes, but maybe this feature will integrated with upcoming updates of Chrome.

With the limited screen size on the Apple Watch, it can be a chore to launch apps and hunt down those pesky little icons with a tap. It can be bad enough tapping accurately if you have larger hands on a smartphone let alone wrangling a watch sitting on your wrist with a smaller screen. Luckily there is a very simple trick that can make the icons noticeably larger and easier to tap. Follow these steps to make those home screen icons more manageable.

1. Tap the Settings app on your Apple Watch. It’s the grey and white gear icon. 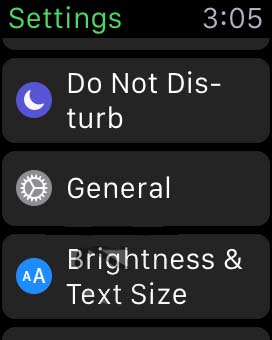 2. Tap General, again with a grey and white gear icon. 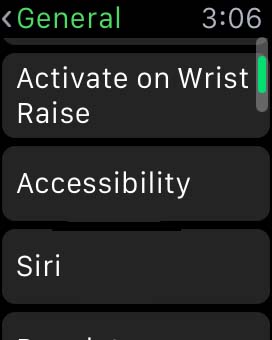 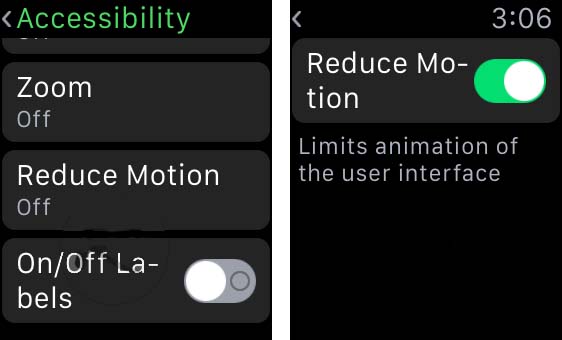 4. Tap Reduce Motion to toggle it to the off option.

Now, instead of the icons changing size dynamically as you move through the apps on the home screen, they will all appear slightly larger and the same size. You do sacrifice some of the slick interface of the icons changing size as they move but you gain usability. The icons being larger makes them much easier to tap overall. Of course if you find you can’t live without the pretty icon motion, you can simply go back to the Reduce Motion option and toggle it back on.

This process can also be done through the paired iPhone if you want to change the settings on a larger screen. If you really find tapping annoying, you can also launch an app by moving it to the center of the home screen and then zooming in with the digital crown. The app will launch immediately without having to tap it, you need only first move it to the center of the screen. 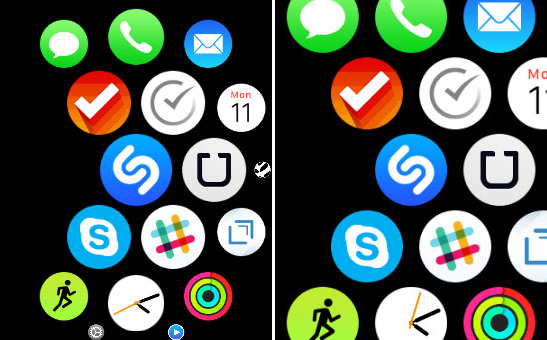 Hopefully with these tips, launching and managing apps on the home screen should be that much faster.

Popular messaging app WhatsApp just received its latest update in the form of version 2.12.87. The update brings fairly significant changes to the app interface and cleans up some residual and dated interface elements of earlier versions. Most importantly, it is meant as a major update to closely conform with Google’s Material Design interface philosophy. The update is more about cleaning up the look of WhatsApp as opposed to the nuts and bolts beneath. 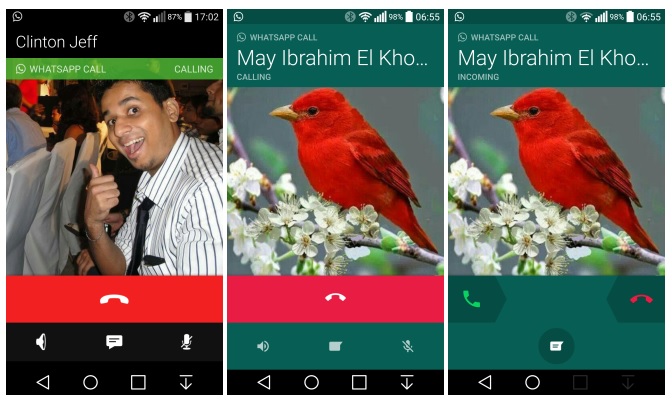 The most noticeable and perhaps significant change is in the layout and interface of a WhatsApp call. The old interface looks a lot like the standard Android phone call with a somewhat glaring red disconnect button on the bottom, a green WhatsApp call indicator, and a black and white background. This has seen a major overhaul with the black being replaced by a more pleasant teal background color, complete removal of the green call indicator, larger caller name font, a more muted red for the disconnect button, and some toned down options icons. It is a significant and welcomed change from the old interface. 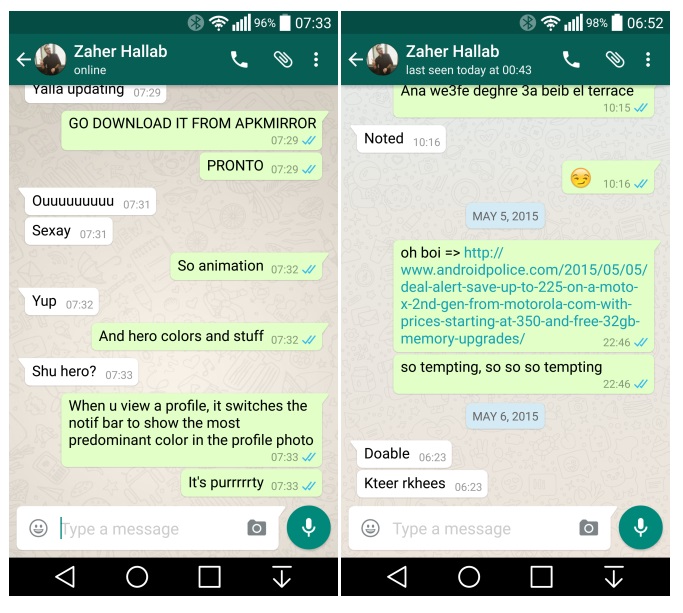 The messaging interface has also seen some small but notable changes. The background has been muted as with some of the elements on the call screen. You can of course change the background but the default one has been subtly altered. Some old menu icons have been removed entirely and are now text only. Searching through your contacts is also somewhat cleaner. 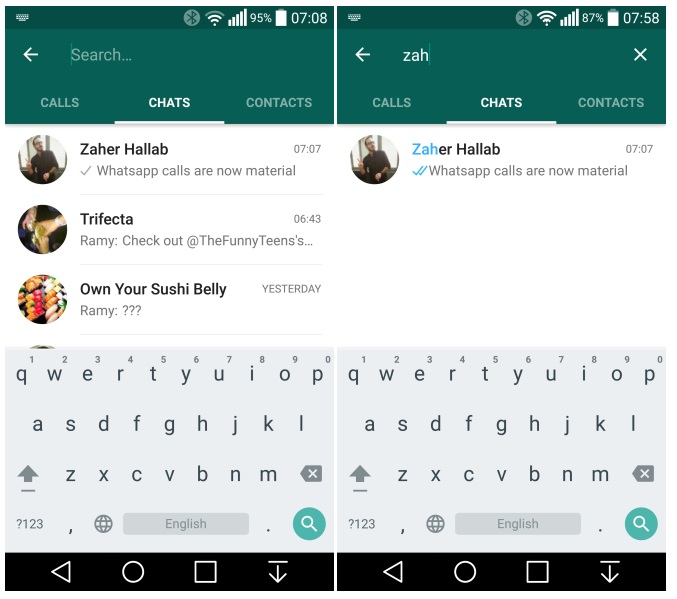 You simply tap the search area and begin typing to locate a particular contact. Some minor interface elements have been removed in the search area which also serve to clean up the overall look.

One final change that is helpful to those with friends on iOS devices is the ability to receive the newly released iOS emojis with varying skins instead of the default ones. It’s not possible to send them from Android but if an iOS friend sends a new emoji, they will be displayed properly in WhatsApp.

WhatsApp continues to refine the look of their app and these design changes are definitely in the right direction. It’s a much more pleasant messaging experience all around.

Microsoft has recently detailed the various versions of its upcoming Windows 10 OS. Windows 10 is set to be a major overhaul and update of the existing Windows 8 which was met with some criticism in trying to bridge the gap between PCs and mobile devices including smartphones and tablets. Microsoft has also decided to create an entirely new browser called Edge which will replace the troubled Internet Explorer browser. As with previous editions of Windows, Windows 10 will come in several different flavors to meet the needs of various consumers. From the typical home user on a PC, to the mobile user on a smartphone or tablet, to the enterprise business or education user, each will have a different version of Windows 10. This time around there will be seven, yes seven, versions of Windows 10 to fill every niche available.

Windows 10 Home – For the typical home user, the aptly named Windows 10 Home will be shipped on most consumer PCs. This includes the standard Windows 10 OS features familiar to most people with a desktop or laptop running Windows and should be more than enough for the average user.

Windows 10 Mobile – This version is optimized for small touch based devices such as smartphones and tablets. It will feature the familiar Windows Phone style interface and have touch-optimized versions of Windows apps.

Windows 10 Pro – The Pro version will be an upgraded version of Home with additional features and optimizations for hybrid laptop tablets, tablets, desktops and laptops. It is intended for advanced consumers and small businesses.

Windows 10 Enterprise – Enterprise will have even more features than the Pro version and is aimed at businesses and organizations that need to keep their devices highly synchronized and secure.

Windows 10 Education – Education is designed for schools to meet the needs of students, educators, and administrators.

That’s a lot to keep in mind but at least Microsoft has all bases covered.

Livestreaming from your smartphone just got a lot easier with Meerkat, the latest app featuring Twitter integrated smartphone video streaming. Though there are a number of competing apps on the market, Meerkat distinguishes itself with ease of use and accessibility. The real attraction of Meerkat is the seamless ability to instantly stream a video feed from your smartphone to all of your Twitter followers. You even login using your Twitter account so you can begin streaming immediately provided you are already a Twitter user. 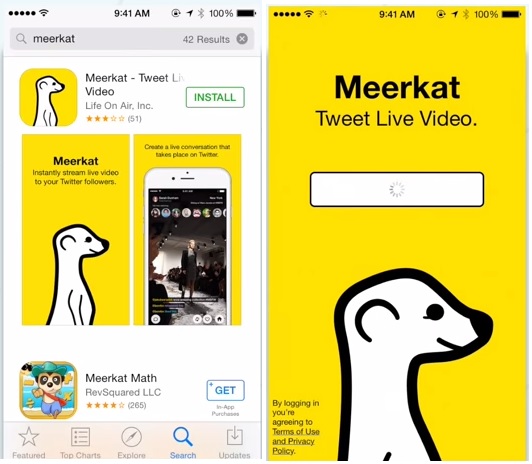 Meerkat leverages the vast network of Twitter to allow for some nifty features that enhance the streaming experience both for the streamer and their Twitter followers. As soon as you begin streaming, you’ll be able to see how many people are watching in real time as the number (hopefully) grows as viewers join in. Even better, you can set the app to send push notifications when you begin streaming so that all your Twitter followers know the moment you begin the stream. To add to the interactive side, your followers can comment and tweet about the stream in real time and these comments are viewable within the app and stream. Of course if you’re streaming, you can tweet back and forth with your viewers. Viewers can also retweet the ongoing stream to their followers to attract even more viewers. 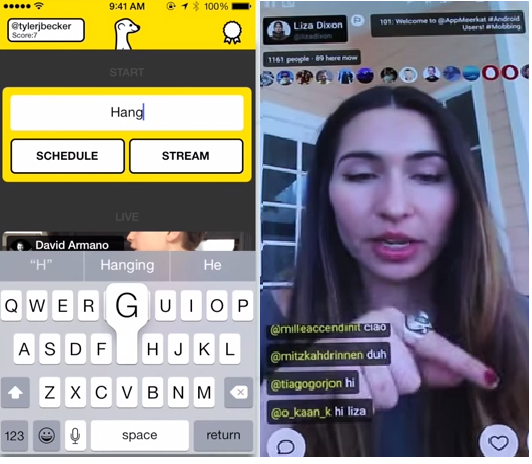 Meerkat does not save the streams so you’ll have to jump into them live in order to view them. You do have the option to save your stream locally to your phone if you want to keep it for later viewing or posting online.

Conveniently, Meerkat is not limited to smartphones and tablets and streams are also watchable on the web via PC or any device with a capable web browser.

The future of livestreaming is shaping up to be an interesting one. Who knows how the world will deal with a near infinite supply of streaming cat selfies, live sports, and awkward public moments?