The technology world has been a buzz in the past couple of days with the apparent discovery of a new image of the elusive Galaxy S4. The Galaxy S line is always on the forefront of the news and is the only hype equivalent of the iPhone, other than well, the iPhone. The rumor mill has been on full blast for the last few months in anticipation of the yearly announcement of the newest S4 device.

As people are always on the edge of their seats waiting for the initial release of specs and photos, it is odd enough that this newest image was found on a public image sharing website, Picasa, and was titled, “Galaxy S IV GT-I9500 Product Image”. That blatantly enough spells out how this was not only hidden in plain sight, but right under our noses for the public to stumble across. 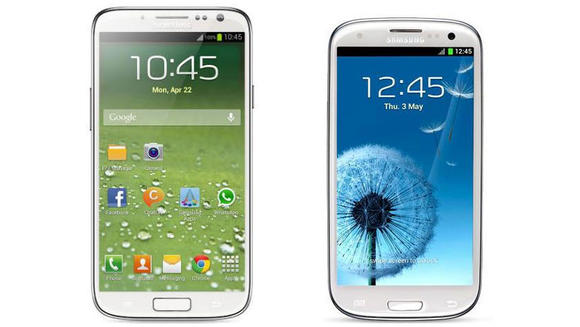 Whether it was a mistake or a clever viral marketing scheme by Samsung is unclear. The only thing that is obvious is that this version has a slimmer edge, more symmetrical sides, and a larger home button. The layout is, as usual, very iPhone-esque, but has the traditional larger screen and larger body.

All that is for sure is that this device will be released sometime this year. No one knows for sure, but something interesting to note is that the last time a leaked photograph of the last device, the S3 was published, the date on the home screen May 3rd, was the exact date that the device was announced to the public officially. This latest photo has the date of April 22nd which could be a clue to the release date. Only time will tell, but this newest release will keep us busy until the next clue we get.