The Samsung Galaxy S3, when it debuted in 2012, aroused overwhelming interest in a very significant number of consumers. It is no wonder that this Smartphone by the Korean company Samsung Electronics greeted the end of that year as the bestselling Smartphone of 2012. Many people, not only in the United States but also worldwide, were enamored of its features and high-end specifications. 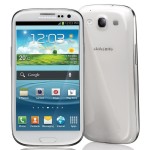 This year, the Smartphone giant has released its newest flagship handset, the Samsung Galaxy S4. While still months into its life span, the Galaxy S4 has already captured the minds of many consumers, presaging a repeat of the success of its predecessor.

People liked the device for a number of reasons, not necessarily mutually exclusive of each other. For instance, there are consumers who would prefer the open ecosystem of an Android device over the closed system of the iPhone, yet also want the computing power offered by the latter. Others, especially businessmen, preferred this Smartphone as a conduit of the features they subscribe from phone service providers, among others.

Miniature versions of these astounding devices

While there is much to be said about the usefulness of the Samsung Galaxy S3 and S4, the problem remains that they still come at a very stiff price, especially for cash-strapped small and mid-sized businesses. Thus, these types of enterprises are thwarted from their desire to acquire these Smartphones.

What are the differences between the two?

Easily, the Samsung Galaxy S4 Mini is the more powerful device between the two, being the most recently released device. But what are the specific dissimilarities between the two? Read on below to find out.

Which of the two should you buy?

Mark is a freelance writer who is deeply interested in business and technology. He likes to follow all the latest developments in these fields. In his spare time, he involves himself in getting the word out about the RingCentral phone service. You can add him on Google+.

All Articles written by Guest Authors on TechnoBB.com. if you are interested to write a Guest Post for us? Please read Guest Post page.
@technobbcom
Previous Floating Touch For Android Now Available On Google Play
Next WORDWAVE : A Predictive Keyboard for Android