Samsung’s popular Galaxy S4 smartphone has a feature called ‘Group Play’ that enables it to stream music to other S4 devices on the same Wi-Fi network. It’s a fun way to share music with friends or spread the music around a room. By connecting the phone to a speaker or stereo, you can even use it to stream music throughout an entire venue or home. With SoundSeeder, you can accomplish the same feat with any Android device, not just an S4.

SoundSeeder requires two separate apps, SoundSeeder Speaker and SoundSeeder Player, which work as client and server respectively. You’ll need to download both before the process will work and it does take some time and patience to coordinate everything at first. You also will need to be on the same Wi-Fi network as all other paired devices and the process needs to be repeated if you ever change networks. Once you have both apps, you’ll need to select and set a group name for each app and on each device which will allow them to communicate and pair effectively. When you start the SoundSeeder Speaker client app, you’ll need to choose from available SoundSeeder Players that will be streaming the music. When everything has been set, the devices should begin communicating and you’re ready to begin streaming.

SoundSeeder Player functions as the streaming device, so you’ll want to choose the device that has the music files you want to play. The most common formats are supported, including mp3, mp4, m4a, aac, 3gp, ogg, and flac. Inside the Player app, you can view all connected client Speakers and choose which ones to stream to, connect/disconnect individual devices, manually set device output volume, stereo/mono, and stereo left and right levels. Finally, pick the track you want to play, hit play, and it should begin playing in sync on all connected devices! There is nothing fancy beyond the basic streaming of each track but with a little creativity and the right devices, you can accomplish a variety of music sharing tasks. It looks like more updates are on the way which should make things like playing multiple tracks or albums easier.

The free trial versions are available on Google Play and limit you to one connected device and 4 minutes of playback. In app purchases unlock up to 16 connected devices and unlimited playback time.

I'm a US based blogger with diverse experience in numerous technology platforms. I love playing with new gadgets and apps to share my findings. From Apple to Android and everything in between my passion is technology.
@MNTY89
Previous Dynamic Keyboard For Android now Available Free
Next 6tag – The Full Instagram Experience Now On Windows Phone 8 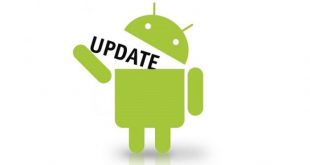