The year 2012, probably over any other year till now, has seen an incredible change, the way different companies manufacture, design as well as sell off their tablets and Smartphones. A large number of commerce versions have been progressively switched to a service-first versions, as the manufacturers endeavor to attract their customers through these podiums with the commitment of VAS as well as offering them with all the media related content they actually could probably require at one place.

In year 2012, Apple Corporation has moved ahead, building its reputation as the tech giant all around the globe, whereas Google offered user with mobility,  and Android reaches millions of users worldwide and incorporated more useful services and apps into the mobile phone offerings.

The Microsoft Corporation has come forward with its latest release of Windows Phone 8 as well as the Windows 8 platforms, which is an attempt to create its very own way in the Smartphone and tablet markets.

For HTC, Sony,  Huawei, and RIM it has been a mixed year, however; there have been a number of incredible tablets and Smartphones released – providing users with more preference than they could even possibly imagine.

Learn About The Six Best Smartphones Of 2012 ; 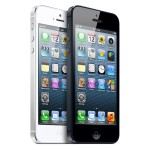 iPhone 5, soon after its release, became the best ever selling Smartphone all around the world. It was released back in September and launched in 9 different markets. Within the first 24 hours of its release, Apple was able to sell more than 2 million gadgets, which reached to the mark of  5 million after a weekend. iPhone 5 features a latest A6 processor, 20% lighter and18 percent thinner than its predecessors. 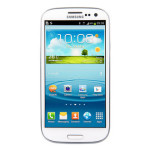 2012 has been a stellar for Samsung that has completely overtaken Nokia, becoming not just the world’s biggest Smartphone manufacturer, but also world’s most renowned cellular phone company. Samsung Galaxy S III has brought fame to the manufacturer and turned out to be the best selling Smartphone of year 2012.

The Samsung Galaxy S 3 integrates a 4.8” 1280×720  AMOLED display, with a4 quad-core processor as well as an 8MP camera. It supports the Google’s Jelly Bean OS version.

Google, in the year 2012 changes the technique on how it originally sited its Nexus product line, but did not amend the way the gadget was sold. The Nexus 4 was made available with an extremely low price mark which was the 8GB version just for $299, and the 16GB version was available for only $349. 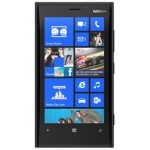 Nokia came up with the latest Lumia Windows Phone 8 devices by November, which integrated improved software and hardware functionalities within its new range of Lumia 820 and Lumia 920 handsets. The device supports a dual-core 1.5GHz S4 processor, 4.5” IPS LCD display, 1GB of RAM. Nokia has integrated the feature of the ‘PureMotion HD+’ technology that offers Synaptics tech which enable users to easily press and swipe even with bulky gloves on. 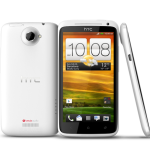 HTC has now come up with the new range of various Android gadgets. Back in April 2012, HTC released the One X, which integrated a 4.7” Super LCD 1280 x 720 display, 1GB of RAM, 1.5GHz quad-core processor with an inbuilt storage of 32GB.
After 6 months, HTC came up a superior version and released the One X+. 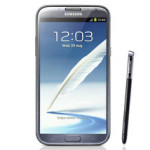 The Galaxy Note II has been able to reach the mark of 3 million unit sales within only 37 days time. Samsung has forecasted that this device will be able to sell more than 20 million devices alone, which would be twice as of its precursor.