Popular PC diagnostic tool and software AIDA64 has been released on iOS and Windows Phone. It has already been released for Android a few months ago and has proved popular. AIDA64 is celebrating 20 years of being a helpful diagnostic utility that started way back on DOS. Whether you’re a grizzled old DOS user who wants to relive the glory days of AIDA64 on your mobile device or just want to peek into the internals, AIDA64 is there and ready to be downloaded right now. 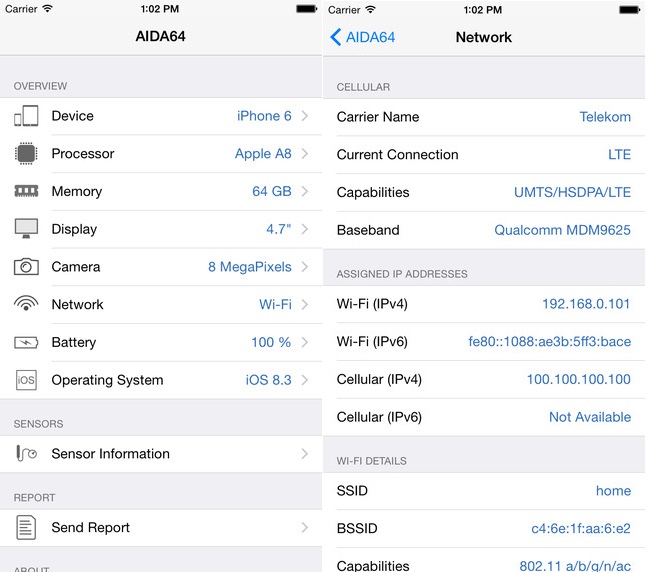 AIDA64 provides a bunch of data about the device being checked. Some of the data is reported by the device itself while other information has been added manually either because the device does not openly report it or there is no other way to access it. There is a great deal of data available ranging from the fine specifications of the device’s CPU, to its camera, battery, WiFi, hardware revision, etc. AIDA64 is also great for those who are very picky about whatever hardware revision they have if you want to be sure every little part in your device is the latest and greatest. 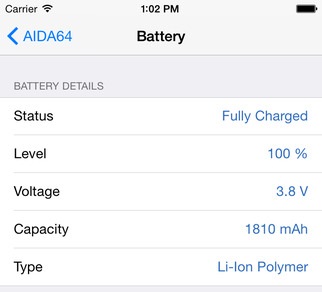 AIDA64 can also be used as a quick battery monitor and to quickly check certain specifications if you require tech support or repairs and need to know the exact model, etc. of your device. The iOS version is available for free with ads and the option to remove them for $1.99. The Windows Phone version currently comes without any ads. The developer FinalWire also plans to update AIDA64 to run on Universal Windows Platform so in the future it will run on every new Windows device possible.

With support for Android, iOS, and Windows, it’s never been a better time for fans of AIDA64. AIDA64 for one and all on every possible device!

I'm a US based blogger with diverse experience in numerous technology platforms. I love playing with new gadgets and apps to share my findings. From Apple to Android and everything in between my passion is technology.
@MNTY89
Previous Check Your Eyesight With Online App ‘Vision’
Next Apple Watch watchOS 2 Beta 1 Released With New Features