Home / Apple / iPhone 5s to Have 13 Megapixel Camera from SONY!

iPhone 5s to Have 13 Megapixel Camera from SONY!

There are always rumors flooding in about the newest iPhone from the second the last one is released. This time the newest model is being referred to as the 5S among technology sources. The newest reputable leak has come from iLounge which mentions a faster processor, which is no surprise. Apple has included a faster processor each time a new generation of iPhone has been released. Yet, there was one new claim which is worth mentioning. The newest prototypes are said to include a 13 megapixel camera.

The cameras on iPhones have always been a huge selling point. The self shots in mirrors across the world are almost synonymous with the iconic devices. Now we may have a 13 megapixel idea of what you looked like getting ready in the morning for all of social media to appreciate. Apple has had great cameras in their devices for years, but if this latest model is to truly have a 13 megapixel device from Sony the jump in quality would be noticeably larger.

Obviously, at this point in the game there’s no telling exactly what Apple could be planning for their next iPhone. With the smaller improvement other than screen size with their latest model they could be scheming up something big for their next debut. Only time will tell and come the next big press release we will all know for sure.

It stinks that with so many sources of information and all of them claiming to have insider information there is no standard among the community to either validate or squash claims as they come out. Don’t fear! At TechnoBB we only announce news when it is reputable and has some sort of backing to it. We take technology seriously and only want the correct news coming out to our readers.

I'm a US based blogger with diverse experience in numerous technology platforms. I love playing with new gadgets and apps to share my findings. From Apple to Android and everything in between my passion is technology.
@MNTY89
Previous Unlocking Your Mobile Phone to be ILLEGAL as of Tomorrow January 26!
Next Edit a Tweet Before Retweeting With Classic ReTweet 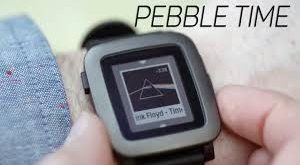