Rovio game maker also released new trailer for this game and said that.

It’s a banner day for us,” said Peter Vesterbacka, CMO of Rovio Entertainment. “This is our best Angry Birds game yet, and we’re excited for our fans to finally meet Luke, Leia, and the rest of the gang! But it’s more than just a game launch: we think fans are going to just love the new animated trailer and the Angry Birds Star Wars products, sure to be a big hit this holiday season.” 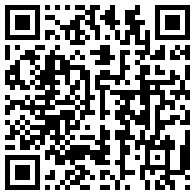